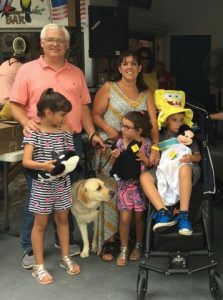 The All-Volunteer Southern Ocean County Chapter of Sunshine Foundation held their 20th Annual Sunshine Fishing tournament to help answer the dream of 11 year old Ryan, with low-functioning autism. Ryan was told that he would be going to visit Mickey at Walt Disney World!

There were 96 boats and 10 kayaks participating in the tournament this year. For most involved, the fishing was tough but a few boats made some impressive catches. The winner of the fluke division was Captain Joe Daunoras on the Quality Time with a tow fish total of 10.36 lbs. Second place went to Captain Jimmy Stone on the Jillie May with a two fish total is 8.97 lbs, the largest fluke was caught by Captain Mike Grazier on the Miller Time II with a 6.17 lb. fish. Mike also took third place with a combined weight of 8.61 lbs. Captain Robert Haines on the Rita Maria had the largest bluefish at 10.77 lbs. and took first place bluefish with a combined two fish total of 20.80 lbs. Last year;s winner Captain Bill Hiros on the Silver Bullet took second place with a two fish total of 17.96 lbs. Captain David Roesch on the Nipples came in third with a two fish total of 4.04 lbs. 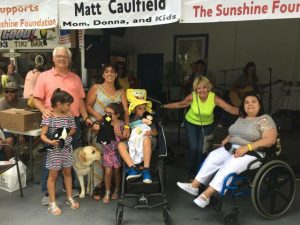 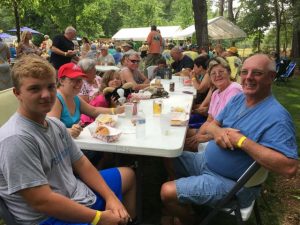 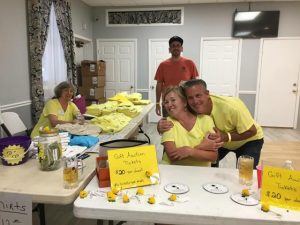 Over $3,000 in prize money was awarded. A big thank you to the bluefish winner Robert Haines, who donated his entire winnings back to Sunshine Foundation.

Thank you to everyone who participated and helped answer Ryan’s Dream!